"From high school to the major leagues, when I don't have a full training staff  Pro Ice Wraps are the best way to recover after throwing and working out." - Billy Buckner, Major League Pitcher

From the year 2000, when Billy Buckner was in high school, he understood the importance of icing the shoulder after a pitching workout. In order to keep the shoulder inflammation to a minimum and avoid shoulder tendonitis and pain that can quickly sideline a starting pitcher, proper icing techniques are important to follow. 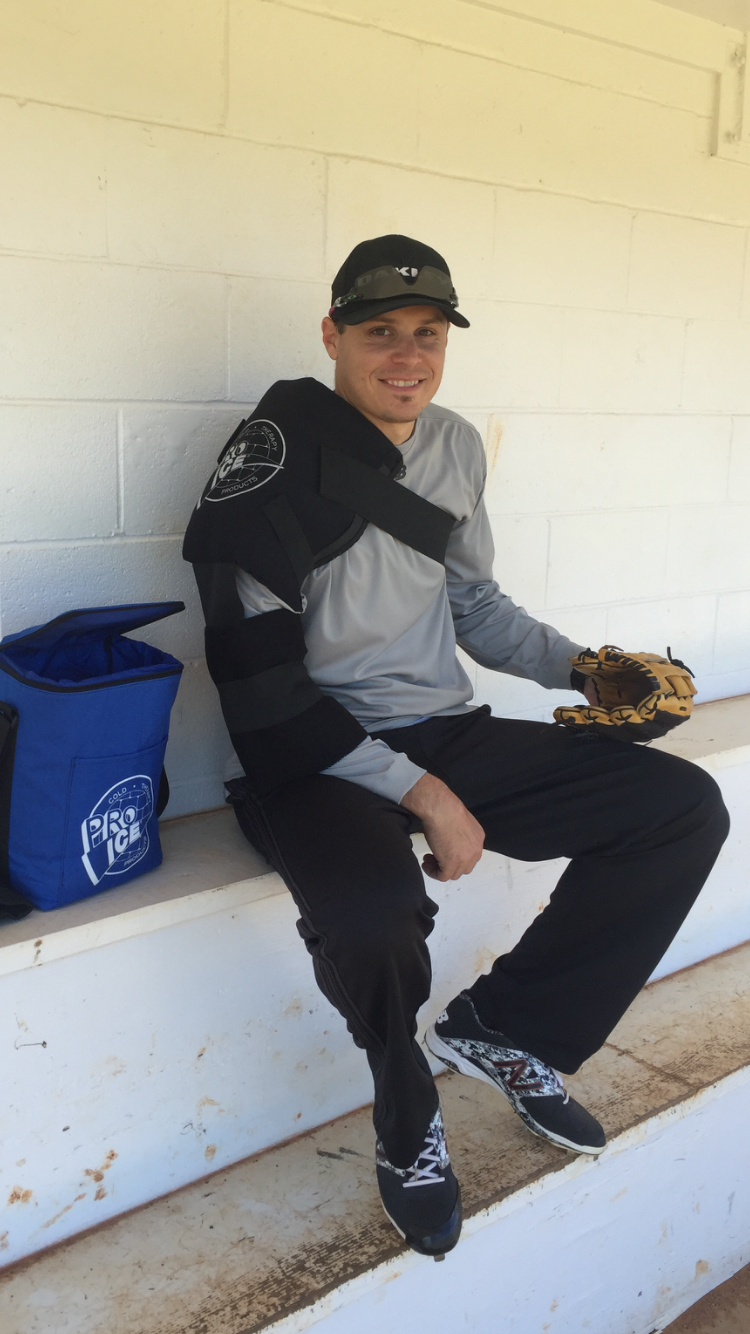 Billy worked his way up to the Major Leagues and played with the Kansas City Royals, Arizona Diamondbacks, Los Angeles Angels of Anaheim and the San Diego Padres. Billy states that when during the season he has a full staff of professionals who keep him properly iced and conditioned, but in the off season, when he is working out, throwing and keeping his pitching skills at top notch, he relies on Professional ice wraps to keep him healthy. He states he has been using Pro Ice Wraps since high school in 2000 and continues to use them today because "Pro Ice Wraps are the best way to recover after throwing and working out".

As Billy knows, pitching can cause small micro-tears in the soft tissue of the shoulder and elbow which causes small amounts of inflammation and swelling to occur. Without proper icing of the shoulder, these small tears can grow into larger shoulder issues that can keep you off the mound. By using an icing system after you throw or workout, you minimize the small, and sometimes un-noticeable inflammation and keep your shoulder healthy for a long lasting career.

Repetitive micro-trauma that goes un-treated can result in chronic pain. The soft tissue tearing that occurs is due to the tremendous compressive forces from translation, joint laxity and high anterior force and internal rotation during cocking. Soft tissue shoulder strains can result in humeral head subluxation and possible Labrum issues, impingement and irreparable damage to the shoulder.

Baseball pitchers with cumulative shoulder issues can experience a decrease in pitching velocity as well as loss of strength 1 and increased soreness after pitching. As Billy Buckner knows, it is important to ice the shoulder to avoid the negative effects of repetitive throwing that can lead to these decreases in performance as well as potential overuse injury.

"Cryotherapy (for a pitchers shoulder) is accepted as an effective method for reducing edema, inflammation, and promoting recovery" 2. It is suggested that Cryotherapy may facilitate recovery from the high stress of repetitive pitching and to reduce subsequent shoulder & arm soreness and loss of arm strength 3.

Effects of Cryotherapy on Pitchers Overuse Symptoms of Pain, Swelling, and Inflammation

In summary, proper icing of the shoulder is important to help control and reduce the effects of huge compressive forces on the shoulder from becoming a career ending injury. Pro Ice Wraps are a unique professional icing system that is effective at providing therapeutic cold therapy by the application of compressive cold wraps that stay a consistent temperature for up to an hour to ensure that deep stage 4 icing is achieved (therapeuctic icing levels), otherwise the cold therapy is just topical and is not as effective.